The Curse of Pornography 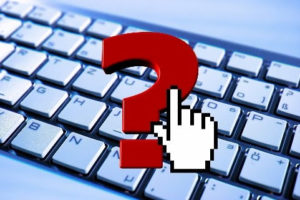 Around forty years ago, I picked up a truck load of material at a plant in Toronto. It was lunchtime, so I sat in the office where the shipping department workers gathered for their lunch break. Several other truck drivers were there, and as so often happens in settings like that, the conversation turned vulgar. Various men tried to outdo each other in describing the raunchiest, dirtiest scene they could come up with. They were discussing their favorite “performers” and some of the strip-tease sights they had seen in their favorite night clubs. Eventually, the discussion became too rancid for me to handle and I stepped outside until they had finished their lunch.[1]

Today, you don’t need to go to a night club to watch the sights those men were bragging about. If you have an internet connection, you can pull them up right on your computer. If you want more privacy, you can get the same thing on your smartphone. Or, if you prefer hot flesh and face-to-face interaction, you can still find it in the night spots and red-light districts of most cities.

Pornography is a symptom of a deadly process that is destroying mankind, strangling us from the inside out. When men and women give complete rein to the base passions of their bodies, everything around them starts to degenerate. Men no longer respect and honor the beauty of womanhood. Instead, a woman’s body becomes a commodity, something to vent their passions on and then throw aside. Women no longer admire the strength and the manliness of men as their protectors. Instead, they judge a man by the level of passion that he can generate within them.

Beyond that, too many adults today take out their passions on the innocent children within their sphere of influence and power. Children grow up thinking that sexually abusing the weak around you is normal. Police struggle in vain to protect these little ones but too often the authorities don’t find out what is happening until the damage has long been done.

Historically speaking, we are rapidly approaching the same place where most nations caught up in the same bondage have fallen from power. The sex-mania of our time will soon weaken our nation to the extent that it will start to crumble around us from the inside out. Society will party until it is too late, and then they will wonder what happened.

Just to help you get a picture of the problem, here are some statistics given by Covenant Eyes.

What Does the Bible Say?

Middle-aged King David fell into sin with the young wife of one of his soldiers. When she told him that she was pregnant, he had her husband killed and he married her supposedly to protect her reputation. (Or was it his reputation? I wonder…)

Jesus said, “But I say to you that whoever looks at a woman to lust for her has already committed adultery with her in his heart” (Matthew 5:28). To lust for a woman is to crave her in an inordinate way. This is how many rapes come into being. But you don’t need to rape someone to violate the law of God as taught in the New Testament. In God’s eyes, all you need to do is use your imagination, and the deed is done; the sin is committed.

The Bible doesn’t just talk about men lusting after women or women after men. It also speaks to today’s same-sex craze. Consider the following passage from the book of Romans.

“Therefore God also gave them up to uncleanness, in the lusts of their hearts, to dishonor their bodies among themselves,  who exchanged the truth of God for the lie, and worshiped and served the creature rather than the Creator, who is blessed forever. Amen.  For this reason God gave them up to vile passions. For even their women exchanged the natural use for what is against nature.  Likewise also the men, leaving the natural use of the woman, burned in their lust for one another, men with men committing what is shameful, and receiving in themselves the penalty of their error which was due.  And even as they did not like to retain God in their knowledge, God gave them over to a debased mind, to do those things which are not fitting” (Romans 1:24-28) [3]

Read the next page for the solution.