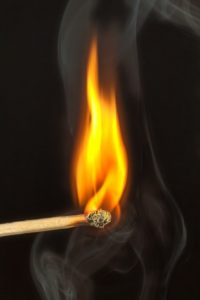 Sexual desires usually begin in puberty. The age of puberty can vary substantially but normally takes place during a person’s early teens. Girls can face this up to several years earlier than boys. In the best of all worlds, this doesn’t need to create a serious problem. Children should be taught enough about themselves that they understand what is happening to them. Parents should teach them about the Biblical standard of purity so they have a reason to avoid experimentation.

In 1 Corinthians 7, Paul speaks to this. The first sixteen verses of this chapter speak about marriage and sexual desire within marriage. However, Paul realized that there were cases where a man or woman was married, and then their partner died. He advised such people to remain unmarried. But he also knew that sexual desires could be very strong, especially for those who were accustomed to regularly experiencing this release. Because of this, he gave permission for remarriage. The way he worded this is interesting and tells us something about sexual desire. He said, in verse 9, that “if they cannot exercise self-control, let them marry. For it is better to marry than to burn with passion.” (1 Corinthians 7:9)

The problem is that a misused sexual desire grows exponentially in strength, and she was “burning with passion” because she had let her desires gain control of her. It was part of the reaping for the life she was living.

The hippies in the 1960s and 70s had a story that explained this problem.

One day a young man was walking through the jungle and found a baby monkey. It was cute and friendly, so he took it with him and taught it to ride on his shoulder. He would feed it bananas and they became good friends. The young man enjoyed the relationship and the monkey did too.

Desire by itself is not sin. But James 1:15 tells us that “when desire has conceived, it gives birth to sin.” A desire can very easily lead to sin. Like other God-given desires, sexual desires can get out of control.

We call such an out-of-control sexual desire lust. The Bible uses the word lust many times. In Matthew 5:28, Jesus said, “whoever looks at a woman to lust for her has already committed adultery with her in his heart.” At this point the natural desire has intensified to the point of becoming a sin. It controls your thoughts as you look at a woman walking past or sitting across the table. It has become a “burning passion.” (This is also true of women lusting after men, and people lusting after someone of the same sex.)

Unfortunately, lust and passion can get a terrible grip on us. Like the story of the monkey illustrates, what we once did for pleasure ends up becoming an uncontrollable bondage.

God has given us marriage as a legitimate outlet for sexual desire. But even within marriage, sexual desire can be misused.  For instance, I Corinthians 7 makes it clear that each marriage partner is responsible to consider the desire of their partner, not just their own.  The man who initiates marital intimacy primarily to please himself is selfish.  But the man who is concerned about pleasing his wife fulfills the truth being taught in this passage.

Sexual Desire and Being Single

The last part of 1 Corinthians 7 speaks to unmarried people. Paul makes it clear that marriage is not wrong. He also states that a person who stays single will be able to serve God in a way that married people often can’t. Service in the work of the Lord is possible within either reality.

In reality, however, the need to allow God to control our desires is very important in the Christian life. Almost all God-given desires are wrong if they aren’t controlled. Most of them are too much for us to handle on our own. The help of friends and family is necessary and very beneficial, but even more than that, we need God’s help. When we give the control of our lives over to Him, we can enjoy freedom from sin and the peace of living in His will.

“Create in me a clean heart, O God,
And renew a steadfast spirit within me” (Psalms 51:10)