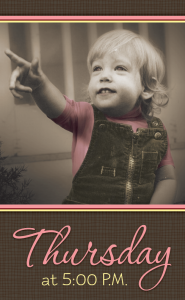 The nurse was businesslike, yet nice in a “we would like to have your money” sort of way. “Don’t worry about a thing,” she said. “The baby isn’t even formed yet, and the uterus contains only some bloody material.”

We were in one of Florida’s newest abortion clinics. My wife and I had decided to look into the possibility of an abortion. Our first pregnancy was somewhat unplanned, and neither of us felt ready to become parents. We were both engaged in jobs which had become lifestyles. Such was our devotion to the workaday world that we thought of children only in the future, along with the house with the white picket fence.

Actually, we were somewhat divided on the abortion issue. While I personally did not like the implications, I tried to retain an open mind concerning the procedure. My wife knew nothing of the “right to life” movement and viewed the process as little more than contraceptive.

Now that the abortion issue has again warranted front-page headlines, the reality of abortion is once more thrust into our consciousness. While one group is blasting the “legal murder” concept, another is proclaiming the rights of the impoverished to have tax-paid abortions. One group has won, at least for the moment, but there will never be a true victory on either side.

While the battles rage, I remember the issue on a far more personal level. Three weeks remained in which we could legally obtain the process of “life termination” outside the confines of a hospital environment. As the date drew nearer, the idea of killing an unborn child grew more and more real to both of us. We were besieged by friends who called the process murder. Others said it was merely a minor operation that involved “the sucking out of the uterus.”

We knew we could not afford the costs a child would bring. We realized that neither of us was emotionally capable or fully able to take on the responsibilities of parenthood. Reluctantly, a date was set.

“Thursday at 5:00 p.m.” The nurse matter-of-factly gave us our appointment. “Plan to take a day or so off from work, Mrs. Morris.”

The days were long prior to our scheduled time. Few words were spoken on any subject; the issue of abortion was almost totally cast from our limited conversation. Talk of abortion only prolonged the agony, and the less said about it, the better. It was a joint decision after much soul-searching and deliberation. We had made up our minds.

Thursday dawned clear and began as usual. Both of us headed to work, although we had arranged to leave early to attend to some “special business.” Almost angrily we drove ourselves, hoping that unlimited activity would shorten the day and make it end more quickly. It was strangely like the night before Christmas when you’re young and can’t wait for the morning to come. Except that it was the evening we desired.

Mercifully, our appointed hour came. Several years later we saw some sobering photographs. The “bloody mass” we had heard so much about was before our eyes… except that something was definitely wrong. From the red, chewed-up pile of unborn humanity protruded arms with tiny hands. Each hand was complete with the most perfectly formed fingers. Legs and feet were also evident in the dismembered obscenity.

We looked at the photographs, actually taken of recently aborted children during perfectly legal abortions. Tears filled our eyes. No one had ever told us the full truth… least of all those who were so willing to “help out” at our local abortion clinic.

Photo by author, of author’s daughter

Contrast the joy of this couple’s decision with the haunting guilt of those who deliberately snuff out the life of their unborn baby. Contemplate the Psalmist’s amazement at how intimately and intricately God forms and unifies all the delicate parts of a baby’s body from conception to birth.

“Thou hast covered me in my mother’s womb. I will praise thee; for I am fearfully and wonderfully made…. My substance was not hid from thee, when I was made in secret, and curiously wrought…. Thine eyes did see my substance, yet being unperfect …. How precious also are thy thoughts unto me, O God! how great is the sum of them!” (Psalm 139:13-17).

How do we explain such astonishing interest apart from God’s eternal purpose for every child?